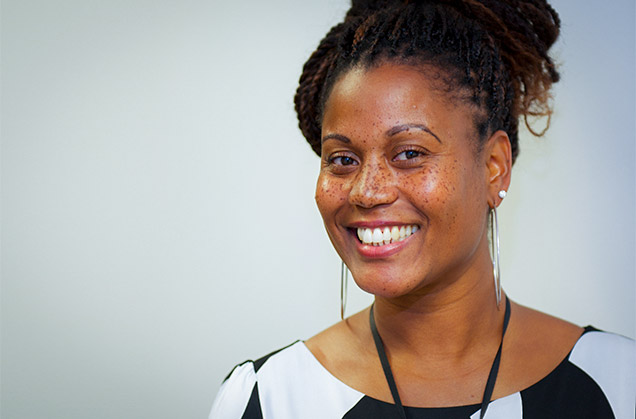 Los Angeles teacher Meteka Bullard and her colleagues want to lift the “ceiling on innovation” at Baldwin Hills Elementary by converting to an LAUSD Pilot School.

It’s tragic when we fail to put the best teachers in front of the kids who need them most. But it turns out even great teachers struggle when the school environment is holding them back.

At Baldwin Hills Elementary and Gifted/High Ability Magnet School in the Los Angeles Unified School District (LAUSD), this meant that the problem wasn’t finding great teachers — it was keeping them.

A Great School Faces a Challenge

Like at other schools in the neighborhood, 99% of students at Baldwin Hills are Black or Hispanic, and more than 70% of them receive free- or reduced-price lunch. Compared to similar schools, though, Baldwin Hills is one of the best. Most of the teachers have more than 15 years of experience, and many of them are award-winning educators.

But in the fall of 2013, faculty members were starting to feel frustrated. New leadership at the school was clashing with the culture of creativity teachers had come to love. A rule-driven adherence to district policy was stifling the ambition that had always driven Baldwin Hills staff to go above and beyond for their students.

Frequently, once this frustration sets in, even the best teachers will decide to leave the school, or even the profession. First-grade teacher Meteka Bullard did not want to see this happen to Baldwin Hills.

“The staff felt that their expertise was not being used, and often was simply ignored,” says Meteka. “Why would you shut out your teachers? Why would you put a ceiling on their innovation when it will help kids?”

Despite having taught for 13 years, Bullard was still a junior member of the faculty. But she thought there was something she could do to preserve the school’s success, and possibly push it toward even greater heights.

She had recently joined Future Is Now’s Teacher Action Network Fellowship, where she had learned of LAUSD’s Pilot School model for granting local school control to the staff. She felt sure that the experienced faculty at Baldwin Hills would thrive with such increased autonomy.

However, converting an existing school to a pilot school is no small feat. More than two-thirds of the school’s full-time teachers must sign on to the effort in an official vote. Meanwhile, Baldwin Hills’ current leadership was unlikely to be supportive.

Through her work in the Fellowship, Meteka was learning that if you wanted to change a system from the bottom up, you needed to organize and inform others who might join you in the cause. Only once you had a critical mass of support could you create a movement that changed the system from within.

Meteka realized that her school was the very system that needed to be changed — and its teachers were exactly the people to lead that change.

Meteka set out, first assembling a team of like-minded teachers who felt equal passion for the opportunity a pilot school offered, as well as similar disappointment with the direction the school was headed. Then, throughout the winter, the team members methodically reached out to their colleagues.

When a vote was finally held in the early spring, Baldwin Hills teachers voted overwhelmingly to convert to a pilot school, with 19 of the school’s teachers signing on and only two dissenting.

Meanwhile, the faculty’s fervor also led to a leadership change at the top, further paving the way for this new vision of Baldwin Hills’ future.

Unfortunately, it is all too common for teachers to experience the sense of frustration and powerlessness encountered by Baldwin Hills’ faculty. Meteka and her colleagues hope their situation can serve as an inspiration to other teachers in a similar predicament.

“It’s all about the organizing,” says Meteka. “By setting a positive goal and then connecting with each other, one-on-one, we were able to harness all of these negative emotions and transform them into something productive.”

Bullard sees another benefit, too.

“Now that we were able to accomplish this, we know that we can work together to do the hard work ahead of running a truly great school,”