How Do We Measure Non-Academic Skills? 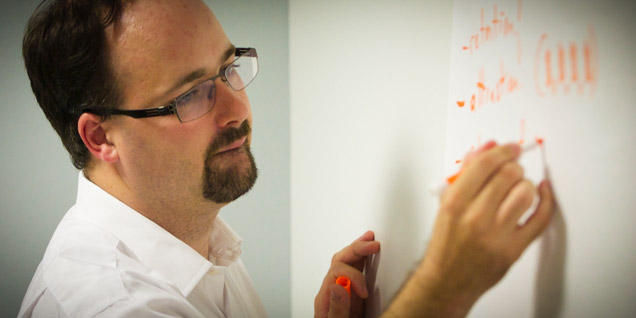 When Kyle Hunsberger started teaching, he just wanted to share his love of math with young people. But now he also wonders how teachers can have even more impact in the classroom.

“A lot of the research coming out lately has shown the importance of non-academic skills — like perseverance, grit, and resilience,” says Kyle. “What’s striking is that these traits correlate not only to higher academic outcomes for students, but also increased life achievement, in terms of health, well-being, and income.“

Though many students enter public schools lagging in academic skills, Kyle felt like just as many kids were lacking these essential non-academic skills. But in Los Angeles Unified School District (LAUSD), there’s currently no tool for measuring these abilities.

So Kyle took matters into his own hands.

Working as a School to Develop a Tool

On his own campus at Johnnie L. Cochran, Jr., Middle School in Mid City, Kyle has been working with staff and students to develop a survey of non-academic traits. “Once we have some meaningful data about how our students are doing on these skills, we can develop a menu of options for teachers to connect with these students moving forward,” he says. “This will allow them to focus on the specific needs of their students.”

The hope is that these non-academic lessons will lead to academic gains. Kyle is looking to track that data as well, to present a clearer picture of efficacy.

In August 2013, LAUSD was one of eight California districts to be temporarily released from the stringent requirements of the federal No Child Left Behind Act (NCLB). As part of this waiver the districts developed their own rigorous standards, this time including social-emotional outcomes. However, LAUSD still needs to figure out how this domain will be addressed.

A Seat at the Table

Fortunately, it seems LAUSD is willing to listen to teachers on this important measure. Kyle was selected to join the district’s Committee for Assessing Non-Academic Development in November 2013. However, he is the only teacher on the eight-member ad hoc committee.

After the initial pilot testing of the survey at Cochran, Kyle plans to share the results with the district. And the district is eager for that data.